Kas was Pick of the litter at 7 weeks. I am very grateful to Thelma Taylor (Tamlin) for picking Kas out for me. Kas is a live wire, although a little less so than her brother! Kas loves to learn and has enjoyed learning a few silly tricks. Unlike her brother who just stares blankly at you if asked him to do anything, Kas relishes in a challenge.  She also LOVES jelly sweets, you cannot open a bag and not give her one!

Kas has had very limited showing due to a major injury at just 4 months and she wasn’t fit again until nearly 12mths of age.

Her next Champ show was to be a day I will never forget!

It was the Cardigan Welsh Corgi Association Breed Club Show and our Judge was the late Bob Gregory. I nearly didn’t take Kas as she was only just coming back into coat after a season but boy am I glad I did. Kas was in Novice Bitch with a good entry and I was thrilled that she won the class and I would have settled for that! But Kas decided to go one better and make up for lost time as she then took the Bitch CC, Best Opposite Sex and to top it all, Reserve Best in Show!! As well as being Kas’s first CC it was also mine! A truly amazing day and I am thoroughly grateful to our judge for appreciating Kas and also for all the support I received from fellow exhibitors, making the day even more special.

However she did go on to win 2 Reserve CC’s, both also at Breed Club Shows.

The first was at Devon & Cornwall WCC 2017 under Breed Specialist Ros Gardiner and the second was at the Midland WCC 2018 under Mary Davis.

It is a great shame we were never able to campaign Kas to see if we could get her title but the happiness and welfare of my dogs is more important.

Kas is no longer living with us here at Kalwig as she just didn’t like being part of a pack. She found the perfect new mum and now has a sofa all to herself. I never find it easy to re-home an older dog and generally I don’t but in this instance it was the best decision for Kas. Kas still has her own page as she is very special to me and we had some nice wins. 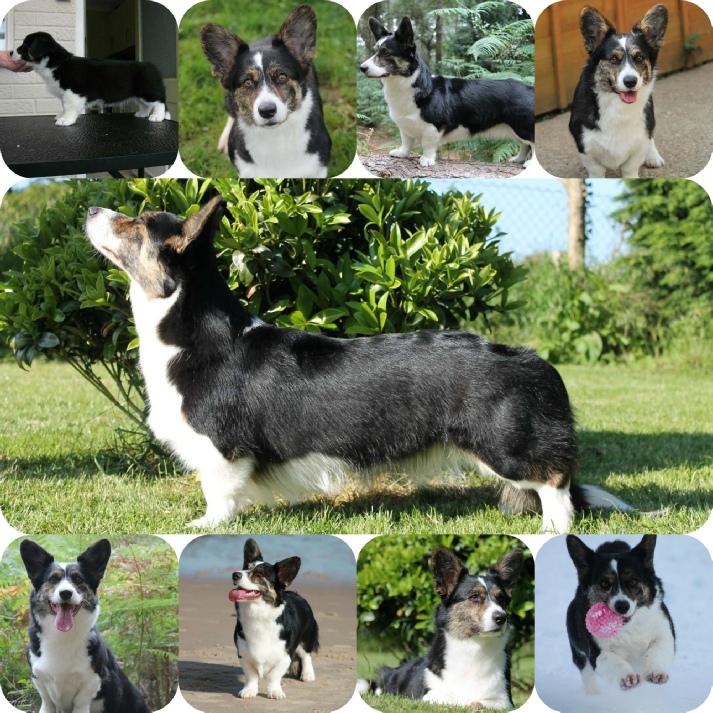