Fynn was the very first puppy to be born here at Kalwig. I fell in love with him before he was even dry! I had longed for a Brindle Point Tri but was not expecting any in this litter so when Fynn was born I was over the moon. Fynn is noisy!! He likes to be centre of attention at all times and loves his pink spiky ball that he will chase all day long. He is always wanting to play and is up for a game with anyone who is willing!

Fynn was very slow to mature but that didn’t stop him having success in the show ring.

In May 2016 at The Birmingham National, Fynn took his first CC & BOS under Sue Hewart- Chambers.  I am so very grateful that she thought so highly of my boy. Fynn added a Reserve CC to his name the following year at the same show under Robin Newhouse.

He has done well at Breed Club Open shows, achieving Reserve Best In Show on 2 occasions under breed specialists. He also gained his Show Certificate of Merit in Sept2017.

Fynn was given a break from the show ring so I could concentrate on Gracie & Henri. However, now he is a Veteran we are going to try and gain his Veteran Warrant. He has also turned his paw to tracking and we are looking forward to developing his skills in this discipline also.

Fynn was the goofy big brother to the Gambling litter, he was often found under a pile of puppies! The pups really enjoyed having him to play with. 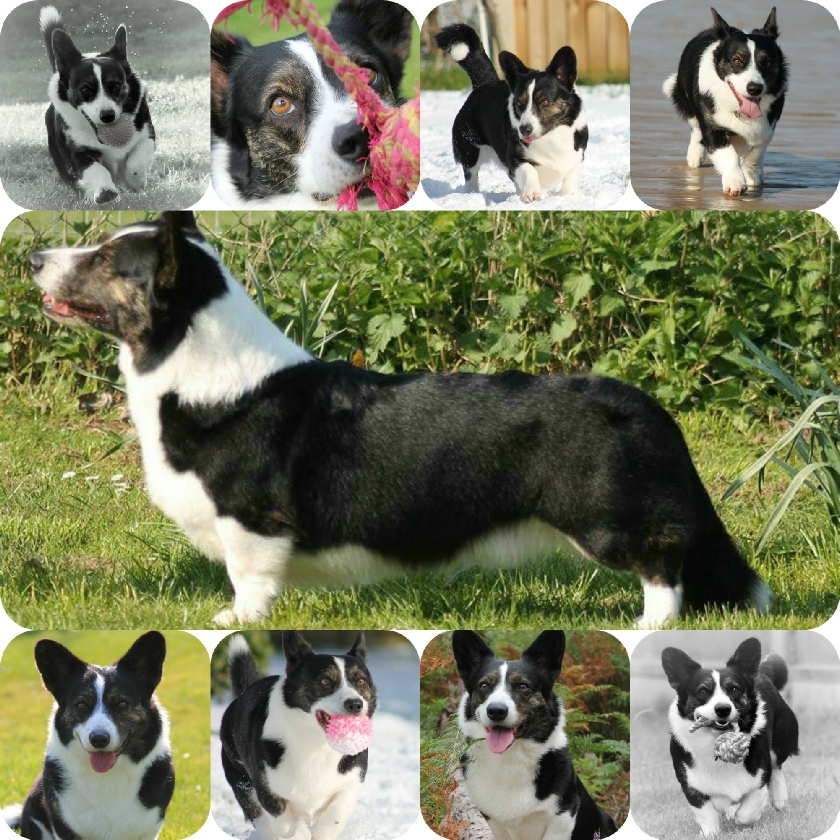